So have you ever had that scary feeling when you thought your cart was about to tip over? I was on a especially hilly terrain on the course just the other day and almost bailed on the cart, thinking it was done and gone.

Now thankfully, the cart has never tipped over on me, which got me thinking, can golf carts tip over at all?

Golf carts can tip over when the center of balance is too steep. With that said, most golf carts are designed for golf course terrain only, and can be severely overestimated in what they can do. Most tip-overs are caused by human error. The biggest reason for a crashed golf cart is the person driving it.

In this article, I’ll be discussing the possible dangers of using a golf cart, how to avoid them, and more!

What can cause a golf cart rollover?

The obvious reasons, like severely uneven terrain or a cliff, can definitely cause a cart to tip over.

The risk increases when golf cart owners modify their vehicles to do things they weren’t originally designed to do.

Most don’t even have seat belts, meaning it’s incredibly easy for the driver to get ejected!

Most golf cart drivers realize the dangers and will drive cautiously, even if they are on flat, dry terrain. However, as I will discuss later, it helps to know how to prevent a serious accident in the first place, despite your overall driving experience.

What are the most common golf cart accidents and how do I avoid them?

A huge one is kids younger than 16 falling out while the golf cart is in motion. However, even if you’re way older than that, it can still happen to you if you’re not careful. Remember the lack of seat belts I mentioned earlier? Yeah, with enough force and poor driving judgement, any passenger can fall out of a golf cart and require a trip to the ER.

Other reasons include, but aren’t limited to:

Many of these can be avoided by simply taking the proper precautions and being a responsible driver. Just because a golf cart only goes up to 15 mph on average and is street legal, doesn’t mean it’s okay to treat it differently than your car.

Other golf cart safety tips include:

Seems obvious, but you’d be surprised.

Aside from practicing common sense, you know, don’t be drunk as a skunk before getting behind the wheel, or getting properly licensed; avoid going downhill in reverse. Most wouldn’t dare try using a regular vehicle, let alone a golf cart.

Like with any other machine, the overall dangers of golf carts depend on how it’s used. When it comes to golf carts, they’re fairly safe…provided you use them responsibly and use proper cart use etiquette so that it’s safe for even those not riding.

To make your own gas or electric cart the safest it can be, check to see if it’s in need of any maintenance. Unless you’re an expert on golf carts yourself, I’d advise that you get a qualified mechanic to look at your own on a regular basis. The timeframe depends on how much you use it over the long term.

You’ll only increase the risk of getting into an accident the longer you leave certain mechanical issues alone. Some examples might include a failing breaking system or under-inflated tires. Be smart about it and fix any issues before you take your cart out for a drive.

Your golf cart can also become dangerous in poor weather such as snow or rain. No matter where you drive it, unless you have tires with good tread, it’s usually a bad idea to drive a golf cart on slippery surfaces.

Not only can you get stuck in thick snow or mud, but you also run the risk of tipping the whole cart and yourself over!

Also, check your local state laws on driving them, as most golf carts don’t fall under federal regulation. Part of making your golf cart safe to drive is knowing whether it’s legal to operate it in certain areas off the course.

According to a study done by Technology Associates Engineering Experts, there are around 15,000 cases of golf cart crashes in the US each year. But almost always safety issues that exists is because of human error.

From their experiments, the researchers determined that these accidents were due to using golf carts beyond their intended purpose. Similar to my other sources on the subject, going too fast or taking it down sketchy terrain are among the most common causes.

Another strong issue they noted is that golf cart brakes are inadequate to handle rough roads and high speeds compared to a motor vehicle. They may even cause drivers to “falsely perceive” a failure of the brakes, making anyone none-the-wiser to the situation, causing the whole system to lock and make the vehicle skid out of control.

This isn’t just a short-term event, either. In another study done from 1990 to 2006, golf cart accidents rose over 130%. Considering how popular they are in states like Florida right now, I can’t imagine these accidents going away anytime soon.

Even though states such as California or Georgia have weather more suitable for golf cart driving, warmer areas tend to have more golf cart-related accidents than anywhere else. The reason? The more people use golf carts, the more likely an injury will happen.

The risk also increases the more people try to drive them on normal roads alongside much heavier and faster vehicles. With a fatality rate of 15% in all cases studied, I’d say it’s a good idea to make sure you know what you’re doing. Maybe get a seat belt?

The whole idea here is to just be smart and safe when riding a golf cart.

If some terrain looks too uneasy, it’s better to just find a safer route to avoid tipping the cart over, which will be a bigger problem.

It should go without saying that you should trust the person driving as well, just like you would do in a regular car.

Be safe out there golfers! 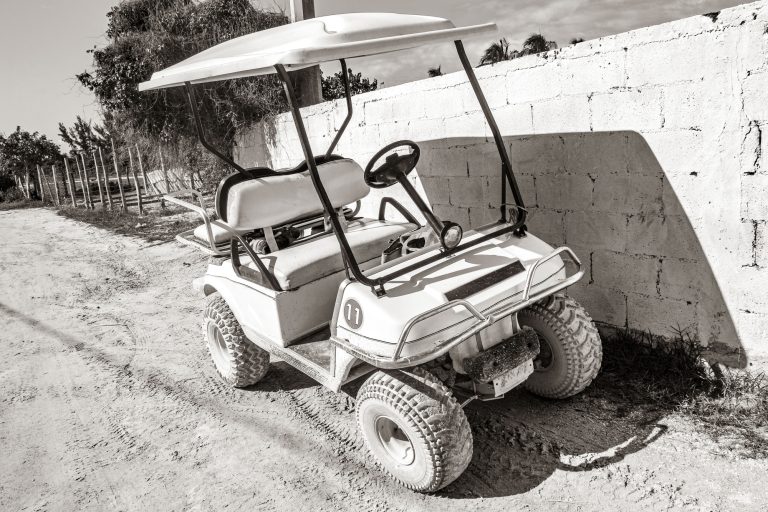 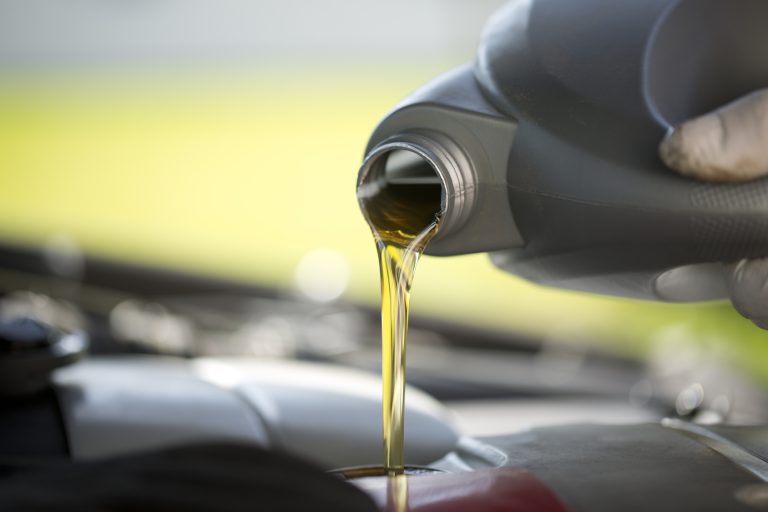