When I was gifted my first set of golf clubs, it seemed like a complicated sport, especially since I was not an experienced golfer. But of all the things of which I needed to keep track, the numbers on the golf clubs were particularly confusing.

But, why are golf irons numbered?

The numbers on a golf club relate to the club’s loft and weight. The lower the number, the farther the ball will go when struck.

When reaching for a club, you want to grab the right one for the job. Think about the look you would get using a putter from the tee box. So let’s explain what these numbers REALLY mean and how you can use it to improve your game.

What Do the Numbers on Golf Clubs Mean?

If you are still confused, let’s take an in-depth look at the numbers on your golf clubs. Irons and fairway woods are always numbered, along with a few specialty clubs.

These numbers are related to the degrees of loft.

There are three types of golf clubs that you will find in every bag: woods, irons, and putters. Woods are long-range clubs that you would use to tee off for a hole. Wood clubs have large, circular heads with a flat front.

Irons are used after you have teed off. You will recognize them by the extremely angled head. In almost every golf bag, there are more irons than woods.

Finally, putters have smaller heads and shorter staffs. The putter helps you get the ball into the hole.

Now that you know the basics of the club, take a look at the numbers.

The numbers correspond to the loft. Simply put, the loft is the angle of the golf club’s face. When you adjust the loft, you can change the distance or height that the ball travels at impact.

A lower number means a lower loft. With that, the angle on the club is less intense, which causes the ball to travel further at a lower height.

On the opposite end, higher club numbers mean a higher loft for the golf ball. The higher the club’s number signifies an extreme angle on the golf club’s face, meaning the golf ball will travel higher but at a shorter distance.

As you can tell, physics is an integral part of golf. When you choose the right club, you will have better success on the course.

Golf Club Numbers and Distance (From Drivers to Putters)

The numbers correspond to the distance that you can achieve from the club. Golf clubs are numbered in a range from 2 to 9.

These numbered golf clubs include:

These clubs are used at different shot distances, such as:

What Do Numbers Mean on Iron Golf Clubs?

Finally, the short irons are the 8- and 9-irons (and in some cases, the pitching wedge falls into this category).

However, 2-irons are quickly becoming obsolete. Along with that, some golfers count the 5-iron as a long iron. So the terms can vary depending on the course and individual golfers.

For beginning golfers, the short irons are easier to hit than mid-irons. As the shaft and loft decrease, the iron is easier to master.

A shorter club is easier to handle, giving more loft to the golf ball.

These numbers have the same meaning as those on the woods. Before grabbing an iron, you need to understand the distances on the course.

Remember that there are no set distances for your club, only what you can handle.

Many players overestimate the distance they are supposed to hit each club.

You can play Irons from a golf tee or tee grounds. However, most of the iron shots are needed for the fairway.

These clubs are designed to be used with divots. An iron has a sharply rounded leading edge when you look at it.

Iron shots are hit with the ball positioned to be stuck on the downswing, meaning the club is descending as it contacts the golf ball. Unlike woods, these are traditionally used for shorter shots.

Knowing which club or iron to use in a given situation is one of the most challenging aspects of golf. You don’t have to just worry about the distance, but trajectory as well.

For example, if you need to get the ball over a tree or make a soft landing on the green, then a higher-numbered club is your best bet.

Learning how high the ball climbs and how quickly with each iron is an essential factor that can boost your golf game.

When Did They Start Numbering Golf Clubs?

The numbers on the clubs and irons make it easier for golfers to choose the right one for the course. However, that was not always the case. In the early days of golf, there was almost no uniformity in the clubs from one maker to the next.

Consistent numbering did not appear until the late 1930s to early 1940s.

Before that, golf clubs had names that implied specific characteristics. Manufacturers began making sets based on those names. These clubs were called:

With irons known as:

Wedges were called either a Niblick or Baffing Spoon.

During this time, players were not restricted to the number of clubs in their bags. Some golfers carried anywhere from 20 to 30 clubs. However, there was an imposed 14-club starting in 1938.

Golf clubs are numbered because they help us determine distance and loft of our shots. It adds to the consistency as well so that we can recreate shots over and over again.

Contents show
1 What Do the Numbers on Golf Clubs Mean?
2 Golf Club Numbers and Distance (From Drivers to Putters)
3 What Do Numbers Mean on Iron Golf Clubs?
4 When Did They Start Numbering Golf Clubs?
5 In Conclusion 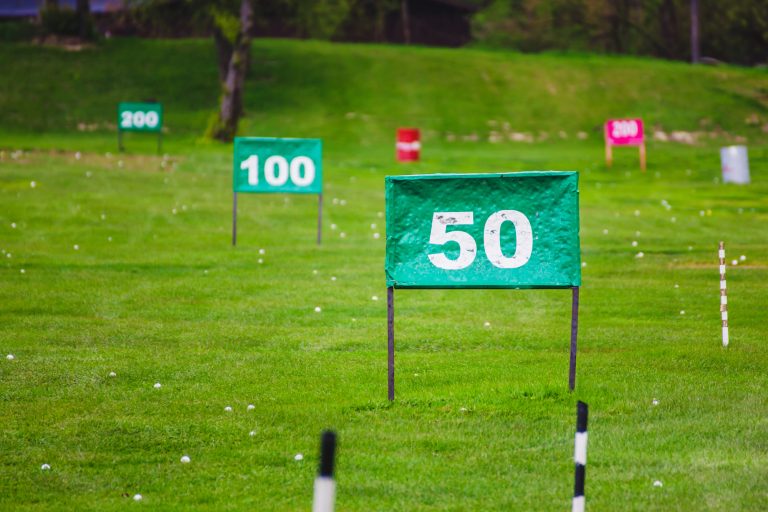 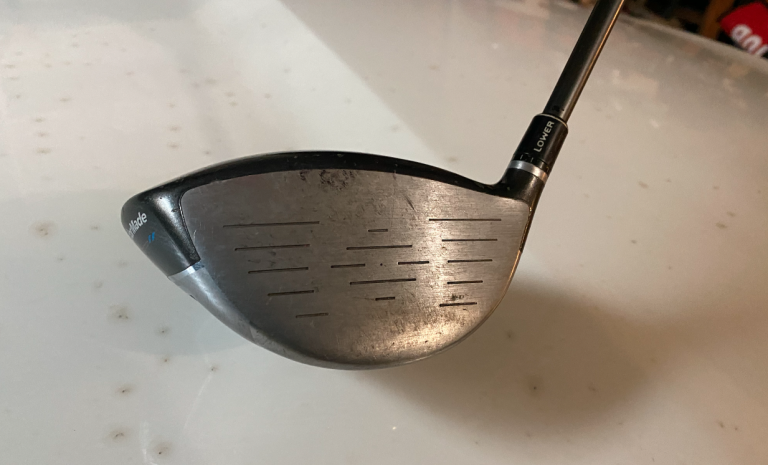 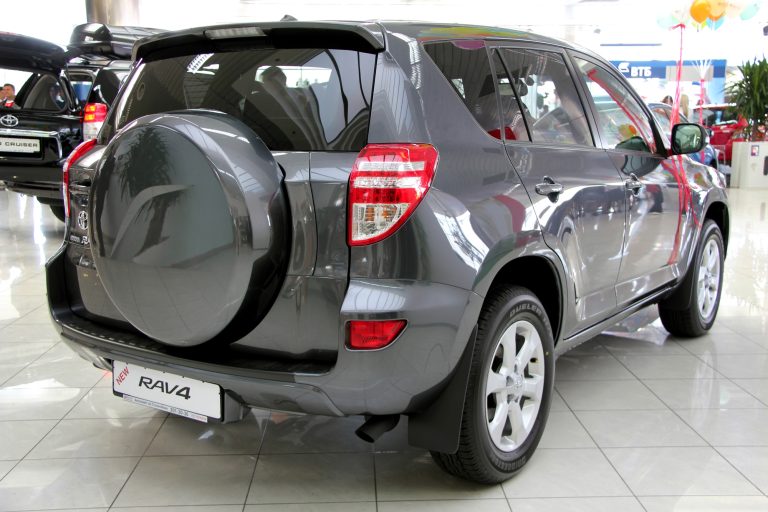 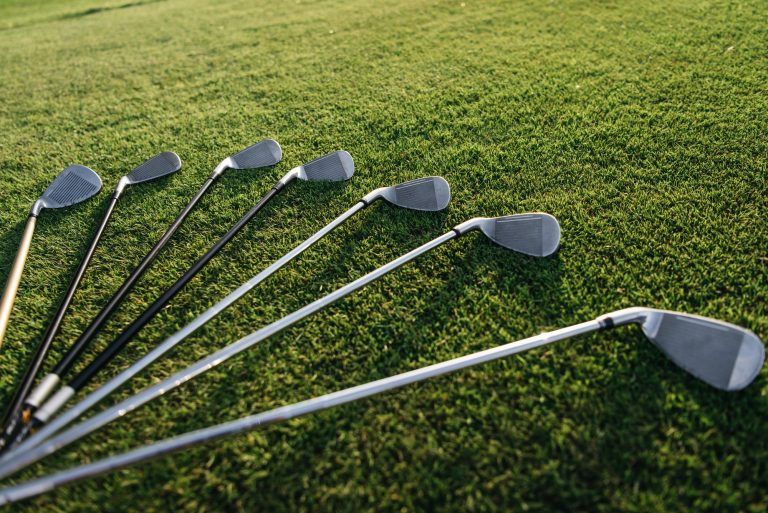 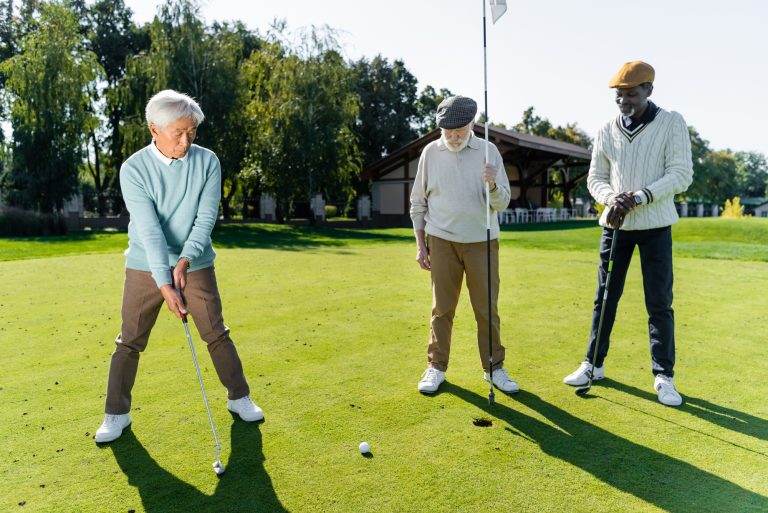 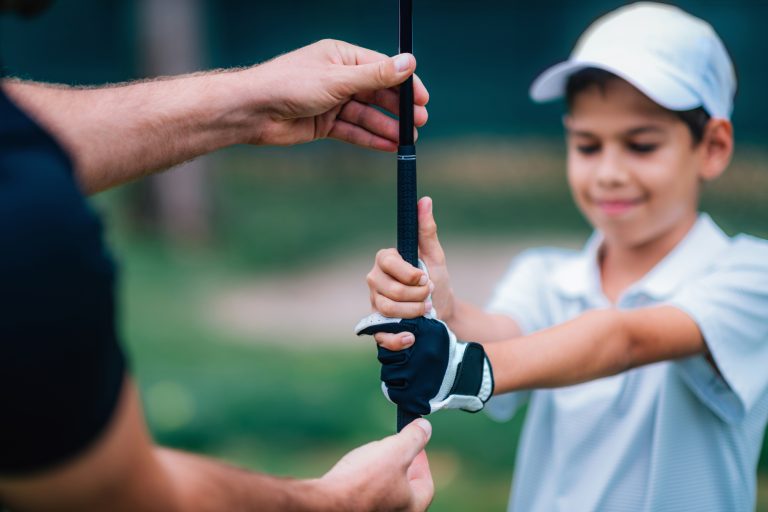