With so many “made in China” products out there, it is nice to know that the money I spend on something like golf balls (or any golf equipment for that matter) are made right here in the USA. That way, I know I am supporting local businesses state-side.

So, that gets me thinking. Where are all these golf balls even made? More importantly, which golf balls are made in the USA?

Bridgestone, Titleist, Taylormade, and Callaway are the most popular brands of golf balls that are solely produced in the USA.

Read on, my fellow golfers, because after much research, I found the answers.

Are there any golf balls made in the US?

Four well-known golf ball brands are manufactured on US soil. These include:

However, the story doesn’t end there, because even these four companies with PGA-quality products didn’t become the golf giants they are today overnight. Let’s look at the details a little further.

The golf balls we use on the course require a whole team of experts to build. Even just one ball has to go through multiple, complex processes to end up in our golf bags.

Each of the four major companies I mentioned earlier are located in either Georgia, Massachusetts, or South Carolina. To become the world-renowned brands they are today, the folks in those states had to fight tooth and nail, not only to make good products, but to keep their livelihoods!

What do you mean (looking at the history)?

You may have heard the story of how many American jobs were outsourced to foreign countries, especially the manufacturing sector, but many golf ball producers made sure that their workers would still have employment at home.

Even to this day, these producers still resist and persist.

In the town of New Bedford, Massachusetts, the golf ball titan, Titlelist employs 1,200 people domestically. Even when bought out in 2011 by the South Korean company Fila, the big-wigs at Titlelist made sure that their local employees would still have good-paying jobs doing what they loved.

To those factory workers, a golf ball is so much more than something that gets hit by a club and sinks into holes and traps alike. When they see a golf ball, they “see our life, we see the people that we’ve been close-knit to.” When passion and quality are combined, we know that we’ll see an excellent product as a result.

In the same state but a different town of Chicopee, we see another golf industry giant, Callaway, doing more-or-less the same thing. Even when faced with the risk of bankruptcy in 2003, both the Callaway CEO and President made sure that local jobs wouldn’t be outsourced.

With unionized workers, the latest in automation technology, and a special golf ball that uses graphene at its core, Callaway has ensured that not only are its products better for the golf market as a whole, but the company also helped save several local towns from complete economic collapse.

Even when faced with “financial people” trying to advocate for the bottom line, locals such as former Chicopee Mayor, Kos, recognized the importance of keeping the company the way it had been for decades.

Similar to those that work at Titleist, Callaway employees don’t see their jobs as just jobs, but ways of life they can’t live without.

Also known as the “Hollywood of the South,” Covington, Georgia, hosts most manufacturing for Bridgestone. Their story is slightly different from what happened in Massachusetts, with the Tokyo-based company opening up business within Covington in 1985.

The investment gave locals a serious boost to morale on top of quality employment.

Ever see a Bridgestone commercial featuring Bryson DeChambeau, or even Tiger Woods himself?

Chances are high that those commercials were all shot in Covington. In addition to the publicity, Bridgestone has also invested in better educational standards for the area (and not just for an average golfer).

Taylormade also helped the local economy of Liberty, South Carolina, back in 2014 by opening up golf ball manufacturing plants on American territory. It may have been in danger of collapse, but Liberty now hosts a technical high school that’s highly renowned within the state.

A majority of the tax revenue generated with the help of Taylormade, about 65%, goes directly into educational investments.

Doing so has helped the state reduce the area’s poverty level by a whole 2%! I know that doesn’t sound like much, but considering the total population of South Carolina in 2014 at 858,553 people, and the 2014 17.9% poverty rate, imagine if 2% of that were to be reduced.

So when it comes to knowing which golf ball brands are made here at home, we now know that it’s more than just a golf ball. What we hold in our hands is the pride and joy of thousands of local people that give it everything.

What about other brands? Like golf balls made by Kirkland?

Not all golf ball brands are produced domestically. Kirkland has their manufacturing process in China, for example. Other countries such as Japan, South Korea, and Taiwan produce different brands as well.

Producing up to $200 million a year in profits, golf ball production has also seen positive investments in Carlsbad, California, as well as the state of Arizona.

Golf ball production isn’t the biggest player around, but it’s no small one either.

Curious, what’s the most expensive brand out there?

At $75 a pop, we can buy a dozen of “Dixon Fire,” balls produced by Dixon Golf in Arizona. With the average price of most brands being around $30 per pack of 12, a pack of Dixon Fire is going to leave a mark in your bank account.

On the subject of golf, what about other things such as clubs and parts?

Domestically, the US only has the company Ping to make golf clubs.

Other countries Asian countries, like Taiwan, China, and Japan, take up the lion’s share of all other golf things.

However, Ping’s merchandise and design, such as their drivers, tend to be expensive but high-quality golf balls, according to the reviews.

Being from the USA myself, I nod my head in approval, knowing that 30 PGA players use the Ping brand in international tournaments.

It’s not just sales and marketing, these golf balls are really good. In fact, our friends over at TellMeMoreGolf.com are great at giving you the right advice to select the perfect golf ball.

I hate to sound like “that guy” but the reality is, I like supporting local businesses in the United States. I would even rather spend a few extra bucks if it meant that the money was staying in the country.

It is TOTALLY a preference, because I have been known to experience Kirkland golf balls from Costco because they are made well, but if I’m buying brand new, I am choosing either Bridgestone, Titleist, Callaway, or Taylormade almost every time.

If I had to choose, Callaway golf balls have been my “weapon of choice”“. So go with your guy and what makes you feel fulfilled. For some strange reason, it happens to be golf balls for me. 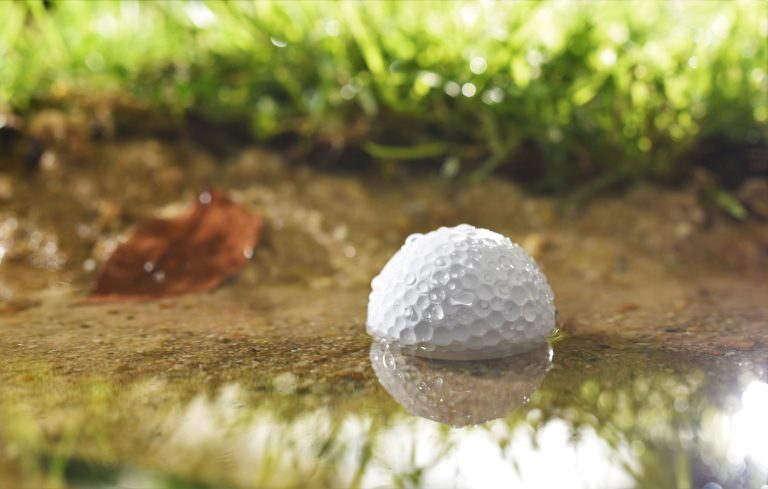 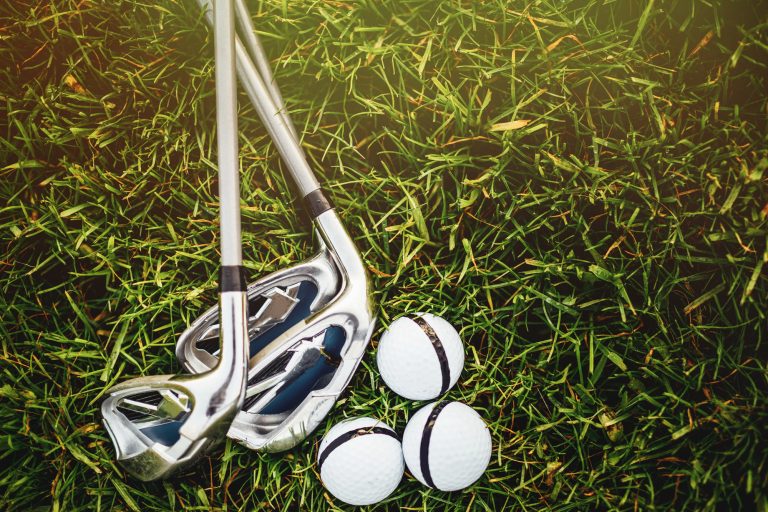 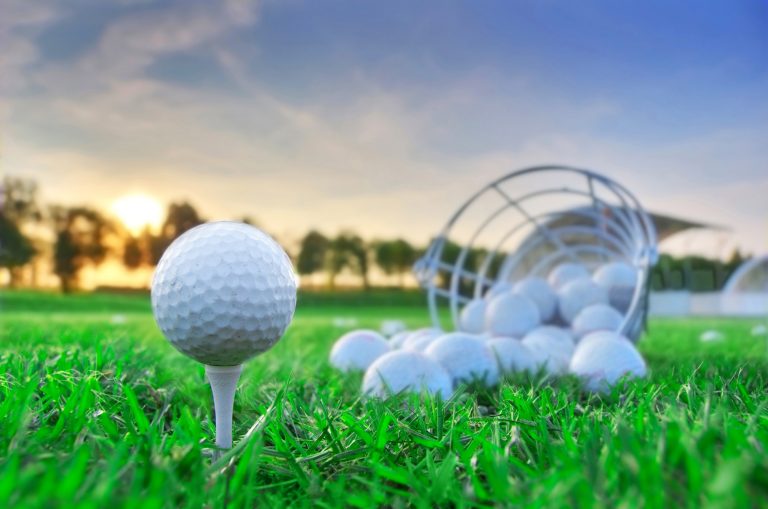 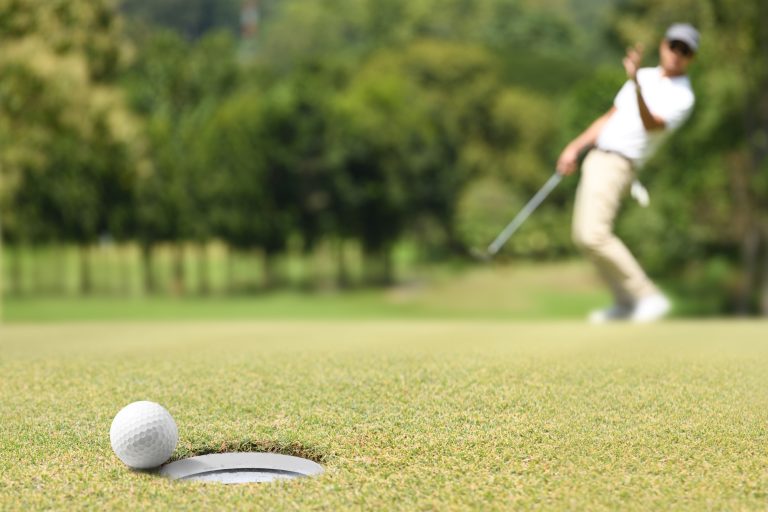 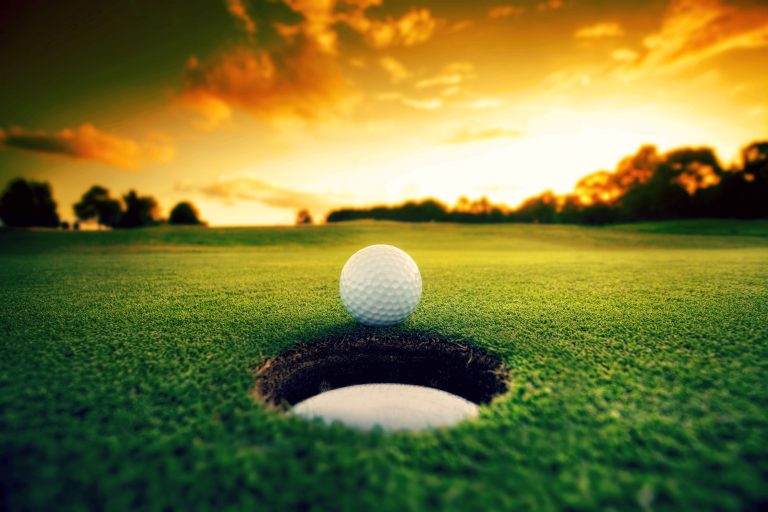