Golfers have a bad reputation for being smokers. While it is true that many golfers do smoke, a lot do not, including myself.

Despite how calm and serene a golf course can be, there are also those stressful moments. To deal with them, some golfers may stretch, hum a tune, or even light up a cigarette to calm their nerves. Or do they?

But do golfers smoke smoke in general?

As a whole, 20% of golfers smoke. It is a way to relieve stress and relax. It is still unhealthy to do so regardless of the reason.

In this article, I’ll discuss whether or not golfers smoke, if it’s even allowed at golf clubs, what to do if you want to light up a cigar while playing on the course, and if the practice should be banned.

In short, yes, golfers smoke during games. This practice isn’t limited to us average golfers, either. Pros such as John Daly have been known to light up during PGA tours.

Some others include Marcel Siem, Thomas Bjorn, Tim Herron, and Darren Clarke. Okay, some of these guys have been around for quite a while, especially during times when smoking in public was more common.

Although, even today, both PGA rules and USGA guidelines don’t mention smoking as a prohibited activity while golfing.

Is Smoking Allowed on Golf Courses?

It depends on which place you play golf. Perhaps you like a cigar and a golf game once in a while. Yet, how do you smoke without disrupting others, or worse, getting kicked off the course all together? I found some simple rules that any golfer who smokes should follow.

Aside from not smoking near other players, it’s also a good idea to avoid dropping ash or cigarette butts on the ground. If smoking is allowed at the club you’re playing with, there should be an ashtray somewhere on your golf cart. If not, bring your own, or ask the club staff about their smoking policies.

Case in point, if you want to smoke and it’s allowed, go ahead, just don’t be a jerk about it.

Even if the rules allow it, you might find that other players aren’t so willing to have smoking on the golf course. Even in states where it’s legal, some golfers have been asked not to smoke marijuana even when the person asking is a cigar aficionado and has a fat cigar in his mouth.

Personally, people like myself won’t judge, just as long as you respect my personal space while on the course (for example, smoking downwind, so no one smells it). However, if you find yourself in a similar situation, double-check with the golf course staff to ensure that what you’re doing is okay.

In most cases, should the rules allow it, you can smoke and you’ll be in the right despite what others might ask you to stop doing.

For those who don’t smoke and don’t like it when another player lights up nearby, check the rules first. If it’s not allowed, be courteous yet firm about the rules, and bring along a staff member if necessary.

If the rules allow it, then politely ask the smoker if they can move further away from your spot, or refrain from lighting up until you’ve moved from the area.

Should Smoking in Golf be Banned?

There’s a lot of talk about banning smoking in golf, especially on the PGA and European tours. Even though the current rules still allow the practice, the PGA has been known to avoid televising any professional players during a smoke break. Reasons vary, but a strong one is to prevent younger audience members from picking up the habit.

Considering how many US states have banned smoking tobacco in public, a smoking ban on golf courses doesn’t seem that far-fetched. Also, the smoking ban trend isn’t going away anytime soon. This practice might even accelerate, where an increased risk of wildfires can arguably be used as a major reason to prevent a quick puff out on the green.

Even if most smokers are diligent about stomping out any lit cigarette butts, it only takes a few embers and dry grass to start the unthinkable. Research shows that unextinguished cigarettes are some of the most common causes of wildfires in the world.

Despite the risks, there have been some drawback against banning smoking in golf. Some point to their “right to make choices” or even saying that they “pay taxes,” and should be allowed to smoke in some public places if they want to do so. Some just need a puff before a game, I suppose.

Why do Golfers Smoke?

Now that I’ve gone over the what, it’s time to discuss a bit about the why. We are all well-informed that addictive nicotine is why smokers continue their habit, but the reality is a bit more complex.

For example, if you’re a smoker and you have a few friends that smoke as well, chances are you’ll form a pattern that revolves around smoking and hang-out time.

Golfers will more-or-less do the same thing, the only difference being that they will smoke out on the course.

As I hinted earlier, smoking may also be used to relieve stress and negative emotions, especially during a putt that can score you a birdie.

For long-term smokers who golf, lighting up is something they’ll do for just about every game, as the withdrawal symptoms make it incredibly difficult for them to kick the habit.

Seeing as I’ve talked about the effects of smoking and why some golfers do it, it’s only fair to touch up on marijuana on the course as well. As I’ve said before, don’t blaze a joint on a course that doesn’t allow it, especially if it’s prohibited by state law.

Yet, if you’re allowed and decide to try a joint before tee-off, how would that affect your overall game? Studies show that results are mixed, and heavily depend on how the person reacts to THC, the psychoactive component that gets a person high.

However, the results also showed how smoking a little bit might actually improve techniques, such as driving and putting. The reasons for this may be how marijuana can relax the player before taking a big shot, similar to what smoking regular cigarettes can do.

Golfers are known for being very health conscious, however, smoking cigarettes and marijuana has become a huge problem among these athletes.

While it’s not uncommon for golfers to smoke cigarettes, it’s becoming increasingly common for them to smoke electronic cigarettes and vaping. It’s all pretty bad second-hand smoke

Regardless, smoking is widely understood to be a bad habit and the stress that golf can have on a person can cause some to turn to it for relief.

I would recommend taking that energy and putting it into something that can improve your golf game like one of my favorite trainings. It’s called Rotary Swing Golf. Click here to check it out!

Contents show
1 Do PGA Golfers Smoke?
2 Is Smoking Allowed on Golf Courses?
3 Reading the Room
4 Should Smoking in Golf be Banned?
5 Why do Golfers Smoke?
6 Smoking Marijuana While Golfing
7 Conclusion 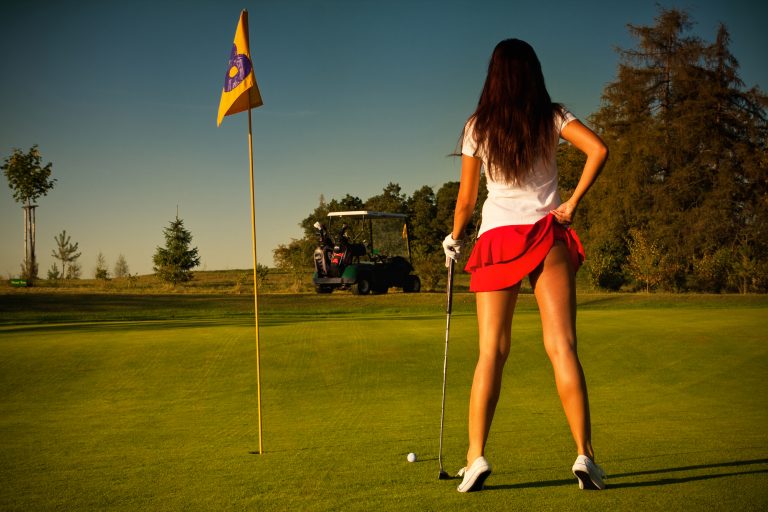