As I go to the golf club to meet with friends, it’s pretty normal to use some sports wheels for the ride. The Mercedes SLK is a breathtaking convertible, and it definitely catches everyone’s eyes.

The SLK has more than good looks though. This car is among the most luxurious and thoughtful in that class. It’s also a model that’s constantly developed to add new perks to its owners. So far, there are three generations of Mercedes SLKs.

There’s an important question that you might be asking now. Do golf clubs fit in a Mercedes SLK?

What’s the “Boot Space” of the Mercedes SLK?

Convertible cars, by design, have limited cargo space. The compactness, lightweight, and sporty profile naturally come with some sacrifices!

However, the Mercedes SLK, at 348 L, has a considerably large boot space compared to its peers. For example, the Audi TT Roadster comes with a 280 L storage capacity, while the Porsche Boxster has a divided space of 150 L front space and 130 L back space.

It’s worth mentioning that the trunk capacity, or boot space, of the Mercedes SLK, has seen some changes over the years.

The first generation of this executive roadster appeared in 1996, was a huge success, and lasted till 2004. This release coincided with the Daimler-Benz years. The trunk space in that R170 edition had 144 L of usable cargo space, which could barely fit a Sunday golf bag.

The main reason for the tightness wasn’t the volume as much as the shape. The trunk is approximately 36 x 22 x 17 inches. This is great for luggage but has obvious limitations for longer items.

The second generation of the SLK came out in 2004, but its lifespan was a bit shorter than its predecessor. The R171 lasted only 6 years till 2010. This is an innovation of the Daimler-Chrysler era.

The newly released SLK R171 had a bunch of new features, and among them, was an increase in trunk space. They added a whopping 63 L. However, that barely contained a small golf bag. Especially with the roof down.

The depth and height were sufficient, but the width still couldn’t take the 50+ inches of golf gear.

The third generation, which is known as the R172, isn’t exactly an SLK. The Daimler-AG nomenclature system necessitated a slight change in branding so that these cars would be categorized among the C-class vehicles. From 2011 onwards, the SLK became an SLC.

What’s the Size of the Golf Bag?

Golf bags come in two main varieties: the carry-all large bag, wherein I can store all my golfing gear, and the Sunday golf bag, which is a compact little thing.

The diameter of the bags is rarely the issue. Even a large golf bag, like the RBZ Speedlite, with its 13-piece golf club set, has a cross-section of 10 x 10 inches. Its length from top to bottom is about 48 inches though, which is where the storage issues might arise.

On the other hand, a slim carrier, like the Sunday Golf Loma Bag, is only 31 inches long. It has a cross-section of 4 x 5 inches and can carry up to 7 clubs.

The driver often poses an additional problem, as it often protrudes way above the other clubs. The shafts of these clubs range from 46 to 48 inches, not counting the heads. So overall, they easily cross the 50-inch span.

Can I Fit a Golf Bag in a Mercedes SLK?

A small golf bag of the Sunday variety can fit easily inside the trunk of a Mercedes SLK. Even the older models, the R170s, can contain the 31-inch golf bags. And if I’m taking my spouse, friend, or business partner along, I can place two of them comfortably.

Having the roof up or down wouldn’t be an issue for that kind of arrangement. The drivers would still be rather problematic, but some users advise us to take them out of the bag and place them diagonally across the trunk.

The larger and taller golf bags, that can store all 13 of my favorite clubs in, wouldn’t fit though. I can manipulate the situation a little by tilting the bags and keeping the roof up. This might not be the most convenient way to travel with golfing gear, but it’s a viable solution.

Taking the Mercedes SLK on a leisurely drive to the golf club is a lovely prospect. And it goes swimmingly if the golf clubs I’m taking along are a select few that I can throw into a Sunday bag.

Another suggestion I often see is letting the golf bag ride shotgun! Actually, that’s a solution I might very well use. The SLK is too pretty to forego over such logistics! 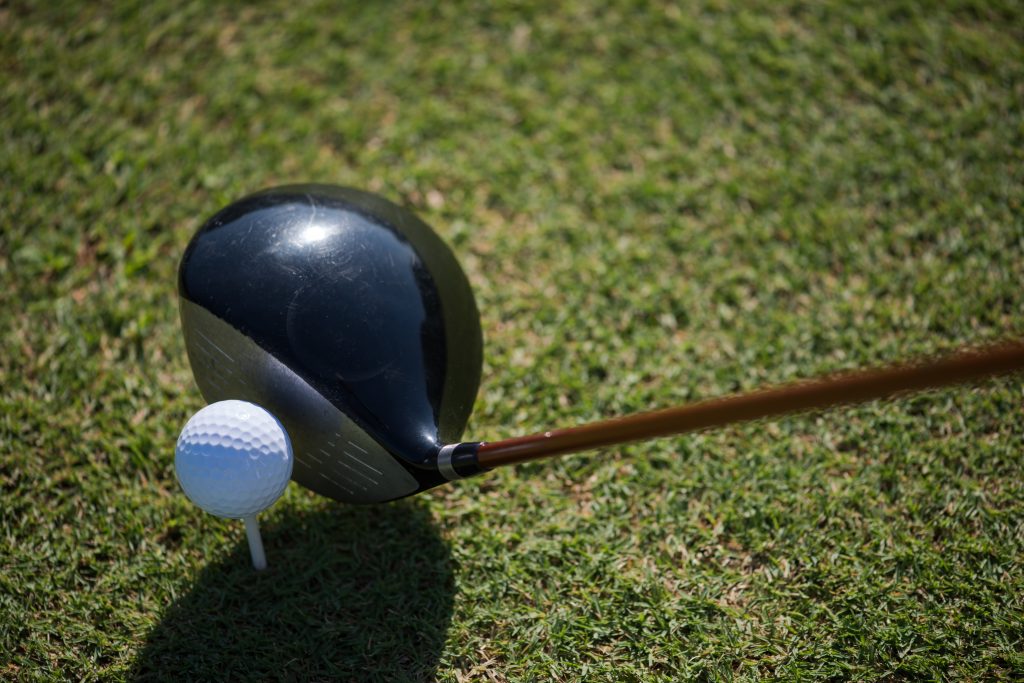 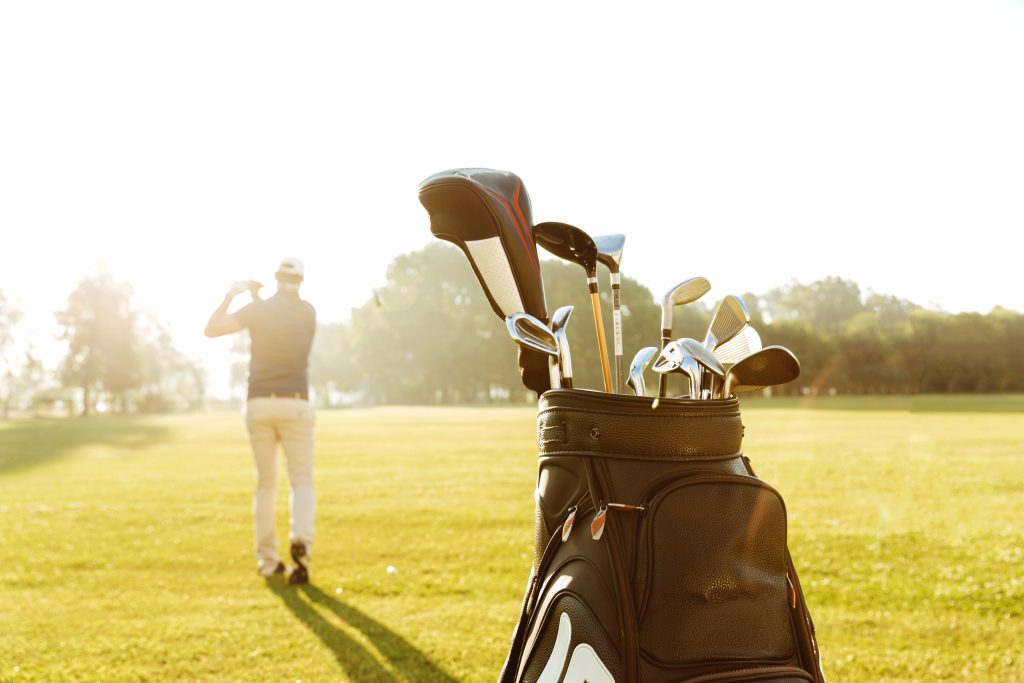 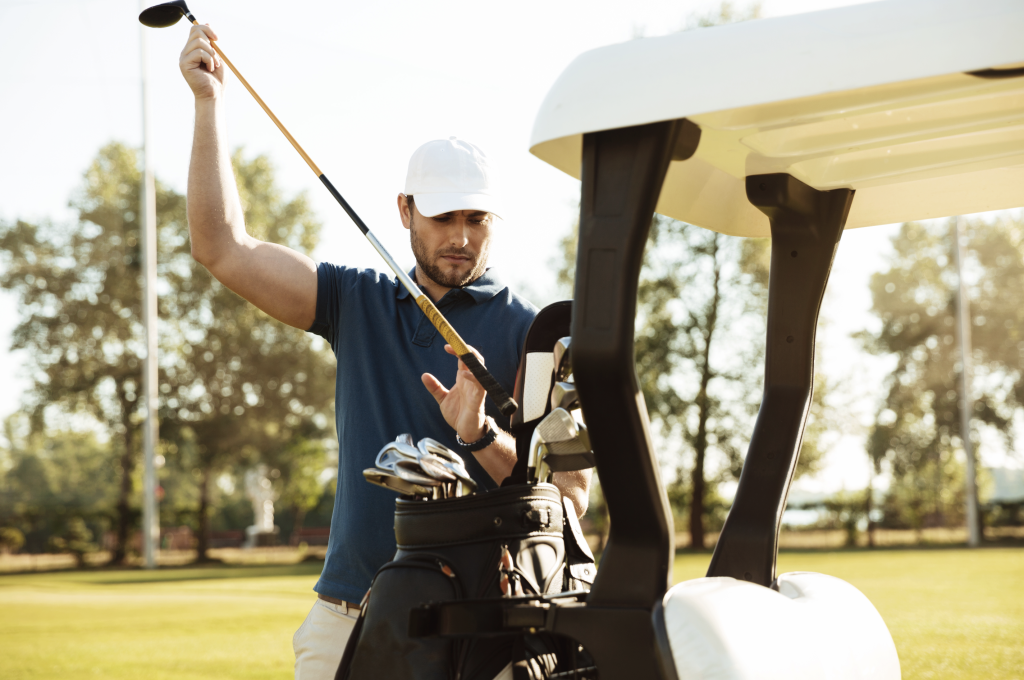 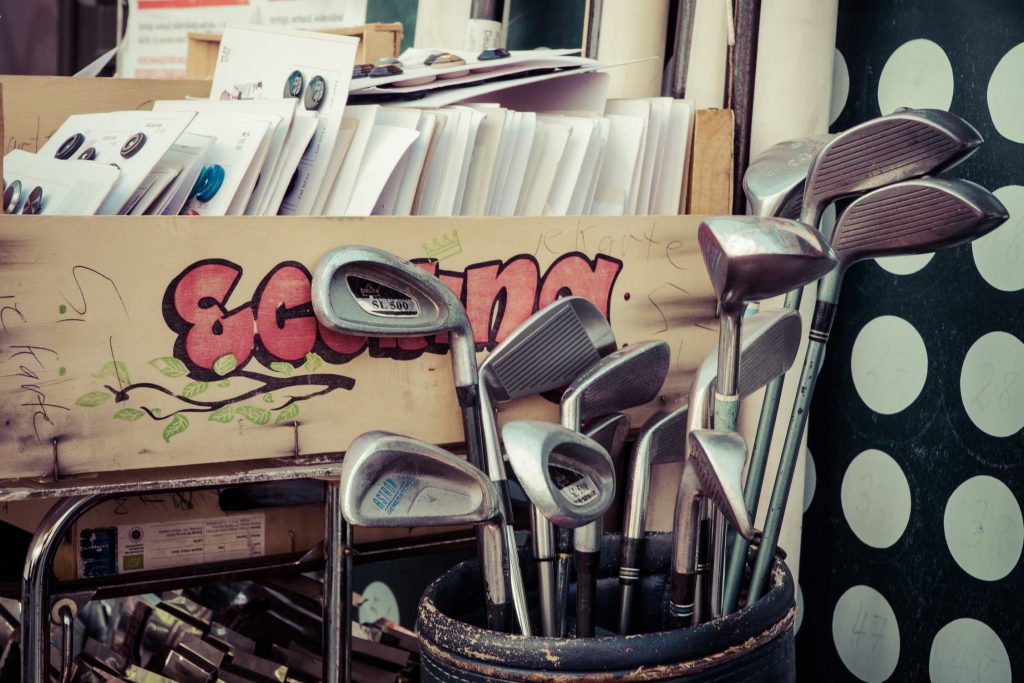